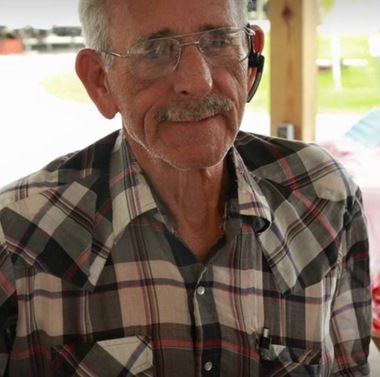 Back to Johnathan's story

Johnathan L. Wentworth, 76, of Stoneham, Maine, formerly of Jasper, Florida, passed away due to a brief illness on July 19, 2019 peacefully at home surrounded by his family.
He was born in Waterford, Maine on April 27, 1943. He moved to Florida in his early twenties and resided there until September 2018. John began his lifetime career of over the road trucking in his mid-twenties where he proudly trucked to all 48 connected states and Alaska.
John was predeceased by daughter Linda Eileen Wentworth, Parents Lena Wentworth, George Wentworth and William Andrews, Sisters Vida Haygood, Linda Haygood and Susan Wentworth. Brothers Ernest Wentworth, Robert Wentworth and Danny Wentworth.
John was survived by his loyal and loving dogs Lil Bit and Cookie, daughter Doreen Carpenter and husband Richard, son Richard Wentworth and wife Erin, daughter Lee Lee Rugg and husband Robert , daughter Tondia Ratliff and husband Chauncey,and son Johnathan Wentworth, 9 grandchildren and 10 great grandchildren. Sisters Sarah Lambrakos, Wanda Hillhouse, Mary Reid, Rose Moran, Allison Michaud, Peggy Merrill, Priscilla Gammon, Deanna Warming and Rosemary Cram. Brothers George Wentworth, David Wentworth, Tommy Wentworth, Andy Wentworth, Newell Andrews and Wyatt Andrews. Along with a host of nieces, nephews, cousins and friends.
We would like to give a special thanks to the people of Beacon Hospice for their loving care and support during his final days.
Published on July 22, 2019
To plant a tree in memory of Johnathan L Wentworth, please visit Tribute Store.

Plant a tree in memory
of Johnathan

A place to share condolences and memories.
The guestbook expires on October 20, 2019.

Restore the guestbook to view the 2 more posts by family and friends, and share a memory or message of condolence of your own.